Which races are close enough to decide the balance of power in the next Congress? 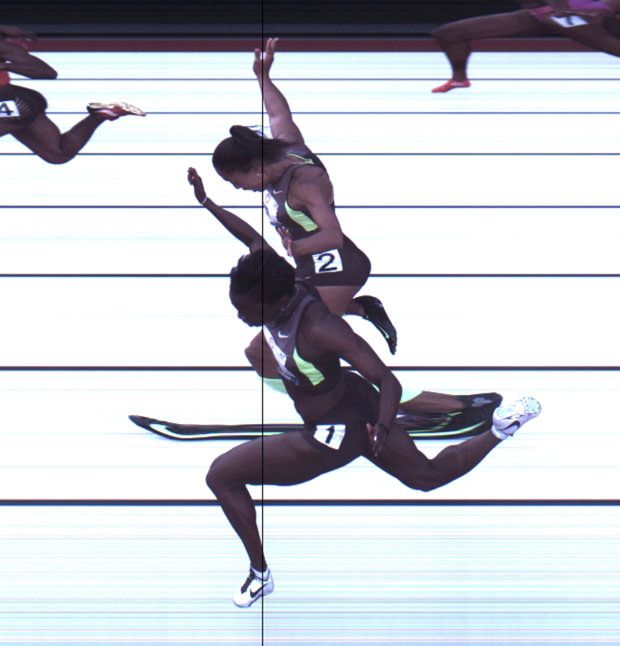 Why are so few elections genuinely contested?

How come "money is the mother's milk of politics"?

Election results here will be updated from time to time as races are called - with who called them, the estimated D-R percentages, the vote spread,and how much I donated. Note that calls are sometimes premature - I look at AP, CNN, WAshingtonPOst, and Fox. Here's how the AP calls elections. So far, nobody has made a too-early bad call on any of these close races.

Pollsters seem to be doing better than in 2016. May they continue to improve!

I hope that all losing candidates, after taking all reasonable steps to verify close outcomes, will graciously concede, for a peaceful transition.

I hope that all candidates, winning and losing, who based their campaigns on lies and rumors, whether spoken by themselves or by others, will repent and make restitution by affirming their future devotion to the Enlightenment ideals of America's founders in all future political activity.

And if that fails, it might be time for regional federalism, so that those that crave minority rule can enjoy it - without making the rest of us pay for it.

To whom to contribute?

With only a few elections contested, and hundreds of millions of dollars going into them, are you wondering which candidates to support for the next Congress - either with money or volunteer time? If you can afford political contributions, do you wonder where to send them where they will do some good? Maybe there aren't any serious contests in your state and district. You could donate to national organizations

but maybe you've wondered how good they are at triage - separating out those candidates that are sure to win or sure to lose, in order to donate where the outcome is truly uncertain and a donation might make a difference. National committees sometimes feel pressure to donate to campaigns that are likely to win or likely to lose. Maybe you should leave those to the megadonor investors. Small donors have often unknowingly thrown money away on unwinnable or unlosable contests.

In 2016 the professional pollsters were often fooled by "independent" or "undecided" voters who had already made up their minds for Trump and Trumpists but didn't want to say so to pollsters who might be liberals. Maybe the pollsters are more discerning now. Maybe not. They offer many caveats. They are all extrapolating from an inaccurate past to an uncertain future.

In the following, taken from 270towin's consensus among several sources, you can find some "Tossups" and "Tilts" - almost tossups - and "leaning Democratic" and "leaning Republican". These are the races that might be worth your money or time.

Tossups and tilts might be productive choices, but the leaning might be more of a gamble. Perhaps you should leave the leaning to the megadonor investors. But these classifications are changing constantly - the next court decision, indictment, economic news, pandemic, or foreign policy reversal can change everything - as has already happened several times this summer. So keep checking!

Still, most undecided voters will decide on the basis of gas prices and inflation on election day, and blame Biden and Democrats, even though inflation is global and in most countries much worse than in America, and even though the GOP doesn't have any better ideas for fighting inflation, or for the recession that might well follow the election - other than, of course, more tax cuts for billionaires.

But Putin and MBS, who have a bigger say than everybody else in the world combined, have agreed that oil prices should go up rather than down, fueling that global inflation, to encourage American voters to install a GOP Congress that will be friendlier to them than a Democratic one. So donating now to "Lean R" or "Tilt R" contests might well be futile. Meanwhile Xi would stick to his zero-covid policies in China, regardless of the disruption to global supply chains, in any case - but he too might expect less trouble from an isolationist Trumpist Congress if he invades Taiwan.

Following Odds data from 270towin.com as of Election Day 8 Nov!


Close races for US Senate

Close races for US House of Representatives - California

Tossup and Tilt races for US House of Representatives - other states

There are some remarkable House candidates!

In order to better rig future elections, there were Trumpist election deniers running for Secretary of State in competitive races in AZ, CT, MI, MN, NM, NV . Now CNN has called all of these for Democrats, Spending on these elections set records.

In order to better rig future elections, there were Trumpist election deniers running for Attorney General in competitive races in AZ, MI, NV . Now CNN has called all of these for Democrats.

Endorsed by Trump! is all you need to know - being endorsed by Trump means the candidate endorses the actions of Trump and other Trumpist candidates as models for future Trumpist elected officials -

Why are so few elections genuinely contested?

How many 2022 elections are at least somewhat contested?

The State Attorney General and Secretary of State data only include races in which a candidate is an election denier.

Self-sorting populations are part of the reason for uncontested elections.

But uncontested elections are a pillar of minority rule, which depends on gerrymandering to produce one-party districts and one-party states. Are open primaries the solution to one-party rule?

For many offices in many states, the only election that matters is the primary of the dominant party. That winner is sure to win the general election. So only the voters in that primary matter. In those districts, the winner doesn't matter much; it will be one or another of the dominant partiy's extreme candidates supporting minority rule (whether they know it or not). Megadonors don't have to invest in the general election campaign much. In fact, many of those candidates run unopposed. Gruber and Kresky argue for open primaries, where anybody can vote in whichever primary he wants. That doesn't seem like the best approach.

Why not let the parties run their primaries or caucuses any way they want - on their own dime. The important thing is to repeal "sore-loser" laws so people who run and lose in the primary can try again in the general election.

And that general election must be ranked-choice so that a particular point of view doesn't lose just because it's too popular and attracts too many candidates. That way every voter has a say as to who he'd prefer AND who he'd accept if he can't get his first choice, and no voter wastes a vote because there are too many similar candidates.

As for that other pillar of minority rule that contributes to uncontested elections - gerrymandering - multimember districts, WHEN combined with ranked-choice voting, insure that sizeable minorities that choose to vote as a bloc are guaranteed some representation.

Money is the mother's milk of politics

Rather donate your money AGAINST unlimited dark campaign money? Check out these organizations:

Ending unlimited dark campaign money is very popular with almost all ordinary voters, but NOT with campaign megadonors who invest in legislators, and NOT with the legislators those megadonors invest in - Mtich McConnell said that the day President Bush signed McCain's bill into law was "the worst day of my political life".